Time has traditionally been measured by the apparent movement of the Sun and Moon in the sky. The diurnal motion of the Sun is used to measure periods of 24 hours, and the phases of the Moon can measure more extended periods.

The stick in the sand (Gnomon) was the earliest type of timekeeping device, which indicates the time of day by the position of the object’s shadow. As the day progresses, the Sun moves across the sky, causing the object’s shadow to move, indicating the passage of time. The hours indicated by a simple vertical gnomon are not equal, being longer in summer and shorter in winter.

Sundials have been used, as a primary astronomical instrument, by various civilisations, since time immemorial to measure time.

Ibn al-Shatir, the 14th-century muwaqqit (resident astronomer) of the Umayyad Mosque of Damascus, invented the now ubiquitous sundial with the gnomon parallel to Earth’s polar axis. These horizontal sundial hour lines indicate equal hours on any day of the year.

The apogee of sundial development was during the medieval Islamic civilisation, with the design and production of various types of sundials well documented via treatises. These sundials were built for mosques and madrasahs, either architecturally incorporated in the mosque designs or standalone instruments.

Nowadays, sundials can still be found in gardens, parks and recreational areas and in institutions in Western countries, not only as timekeepers but more as cultural and scientific artefacts.

Sundial are very eco-friendly; powered by the Sun, does not emit any pollution or waste material and almost does not require any maintenance.

The British Sundial Society Sundial Glossary defines over 100 types of sundials, some of which have more than one name. Some are simple dials, while others are complex

The design of the sundial aims to showcase some of the main and common cultural elements found in the Nusantara region of South East Asia. The Malay Archipelago (Nusantara), is the archipelago between mainland Indochina and Australia. 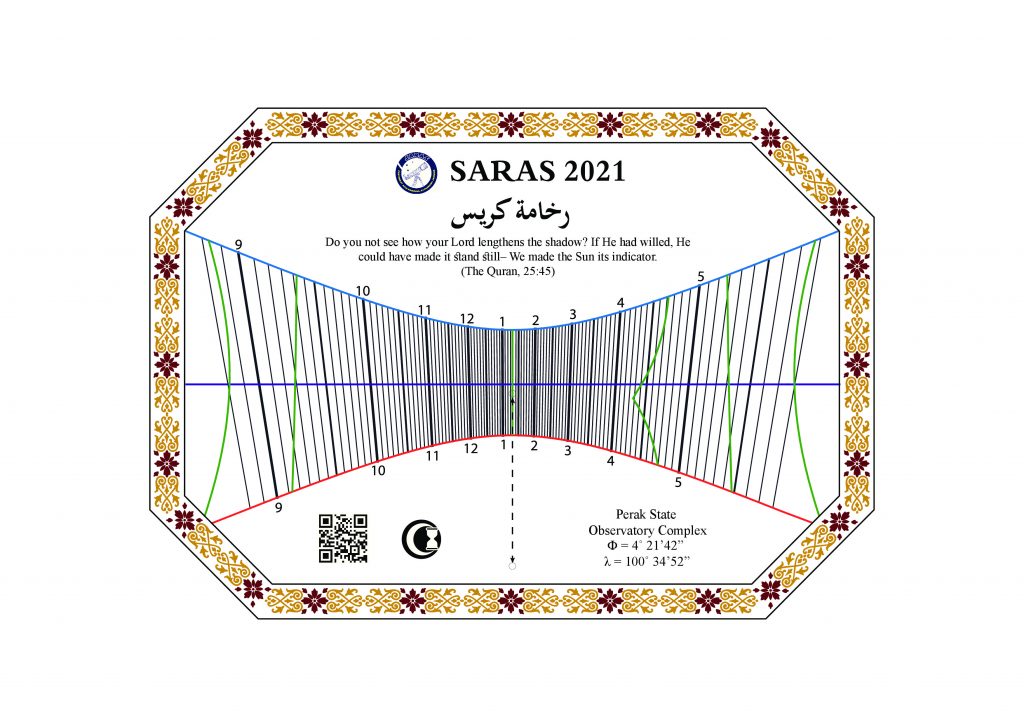